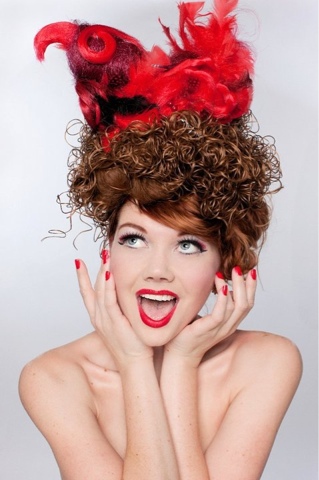 Have you ever held an interest in something that you eventually gave up on, be it because of difficulty or because you just too caught up in something else? That was me and my hair art company, Synthetic Rebellion, which hit it's prime two years ago and then quickly faded into the background of things I did on a regular basis. My specialty was creating 2 to 3 foot hair sculptures of inanimate objects or abstract designs that were made entirely of synthetic hair. I'd made wigs that looked like birds, giant Geisha swans, birthday cakes (that lit up) , growing botanical gardens, and pirate ships too, and it garnered a lot of attention. Channel 4 News did a segment on it, and magazines were publishing images of my pieces left and right at a speed I could hardly keep up with. 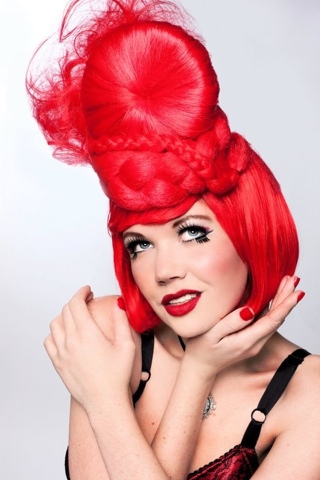 Eventually though, I just gave up on all of it. I had lost all of my motivation and creative spirit to do as much as I'd been doing before. Every now and then I'd get to do an elaborate styling on a model that would come into the studio, but in general, my wig making faded into the background of life. Instead of Synthetic Rebellion getting publications for hair art, it was getting put into publications for general pinup styling, or high concept design work, which was equally as rewarding. 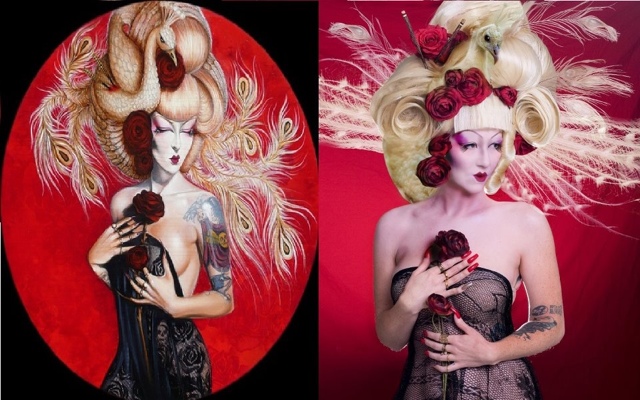 Lately though, I've missed it. I've missed the challenges and the lessons learned from figuring out everything for yourself, as I am completely and utterly self-taught. I started yearning for the chance to get back into sculpting, pushing myself to create more gravity defying designs that just didn't seem possible to ever accomplish. 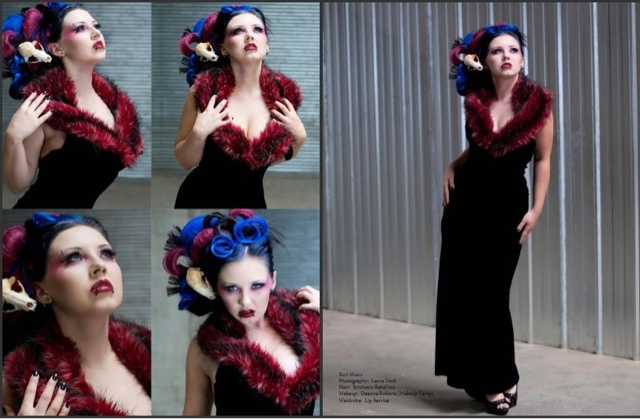 As luck would have it, I was recently approached to do a show as a designer (both with wardrobe and in hair artistry), and I lept at the chance to get back into wig making. Right now, I have 8 pieces that I'll be creating, ranging from wigs that move, to wigs with doors and floor plans. It'll be an outrageous adventure, and I couldn't be more excited about it. I'm even more excited to share with you the images of my progress, and images from the show. I hope you like it! The show will take place on April 1st here in Columbus, so that's just a little over a month to get everything done! Wish me luck 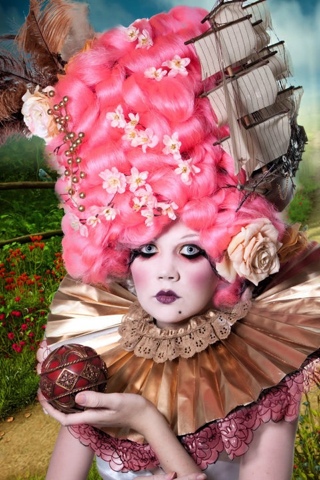 All images in this post are property of Laura Dark Photography. All wigs were made by Synthetic Rebellion.
Posted by Positively Bri at 7:47 AM