On Being A Slacker...

February? I haven't updated this blog since FEBRUARY? Oh my god, I really have fallen off the blogging deep end. So much has happened in the last five months, way more than I could ever try to shove into one entry, buuut for the sake of all of the cool things that I've got going on now, I'll try anyway.

My most recent entry was about my behind the scenes shoot with Crys Darling of Label Yourself, Art Cat, Trulie Scrumptious, and of course the hair structures from my hair company, Synthetic Rebellion. Just a few short months after that shoot had taken place, we debuted the entire sweets collection during a massive runway show at Drauma. It was spectacular! 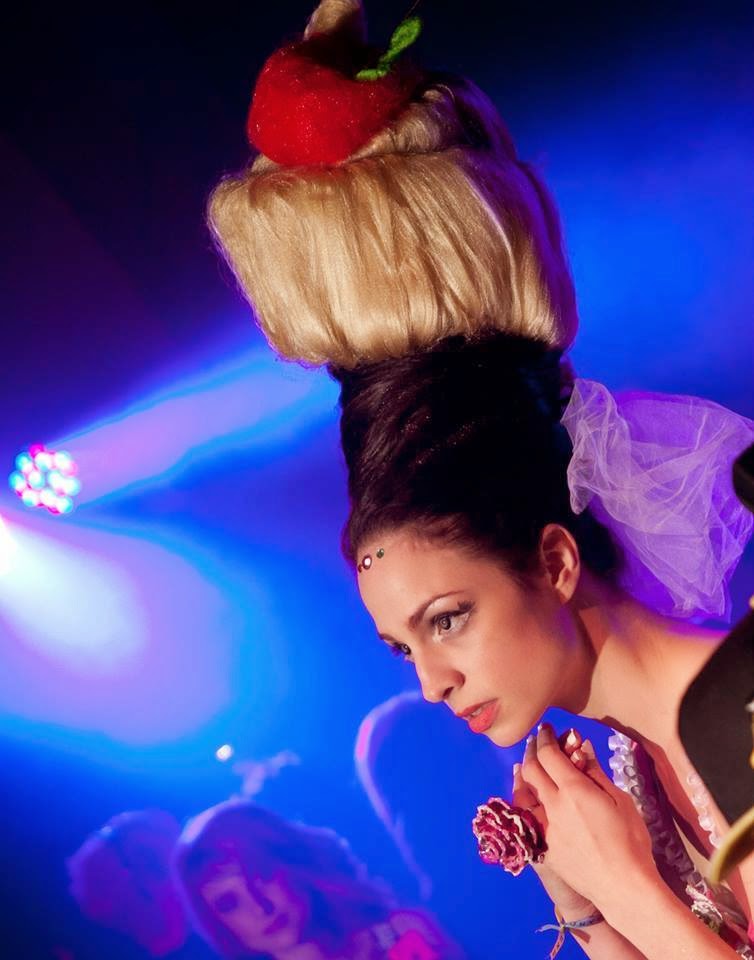 You can view the full collection here. 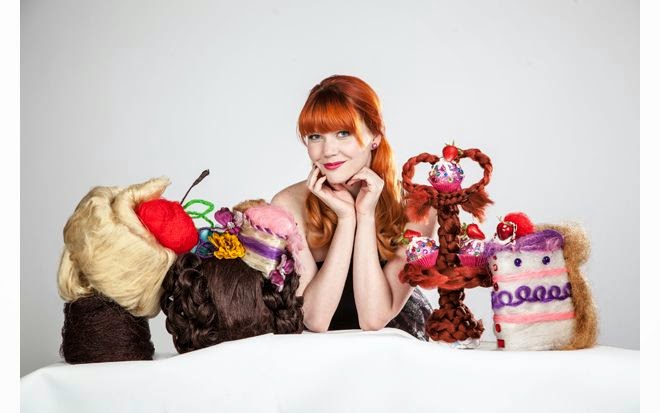 I was then interviewed in the Columbus Alive featuring the hair pieces at Drauma, and it was an amazing experience. If you click on the link above, you can read the full interview on their website! 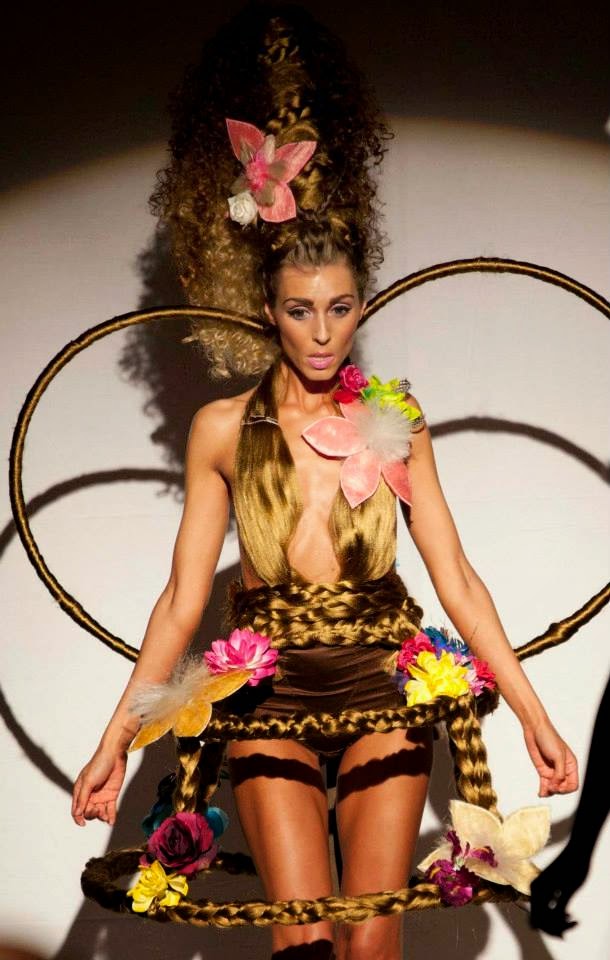 In April I debuted an entire collection of clothing made entirely out of synthetic hair at The Alternative Fashion Week 2014, with the help from my assistants Kaylen Jackson, and Jackie Steinert. I had announced that we were doing this on the blog in January, but nothing really prepared us for what we eventually created for the show. You can see the full gallery of looks by clicking here. The event was an amazing experience that really pushed my creativity to an extreme that I hadn't known I was capable of achieving. My models were amazing, and the amount of support that we got from the community left me in awe for weeks after the whole thing ended. To be truthful, I'm still riding that high a little bit! 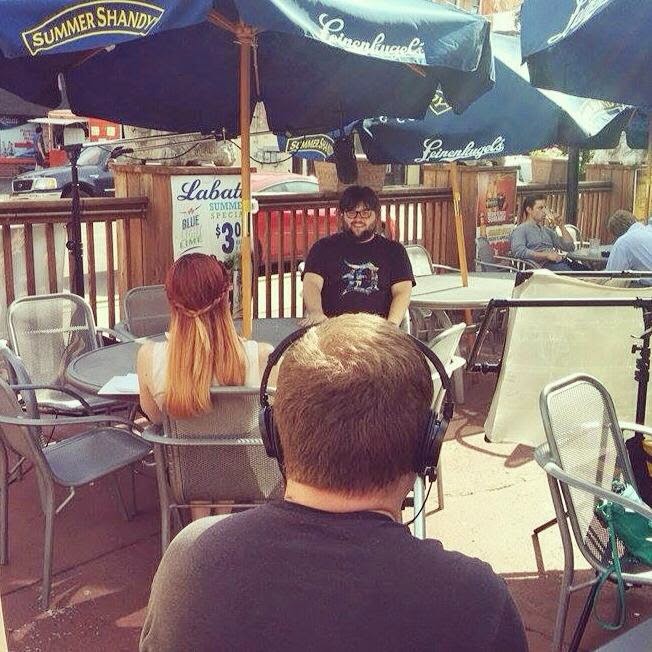 After Alternative Fashion Week ended, I started up my next massive project, which was The Boyfriend Project- an interactive, original comedy set to become a YouTube mini-series about modern dating. Our cast and crew is comprised of talented, hard working people, who have really embraced the script and the characters to their fullest ability. It's been SO MUCH FUN filming each episode, which takes place all around Columbus, Ohio. It's a very ambitious project, totaling a hundred pages of script, dozens of locations, a cast and crew of over twenty people, and twelve episodes total. The amount of support and excitement we've gotten from the local film community has kind of been out of this world. Every time we shoot, I'm left with this overwhelming sense of gratitude that this idea that we created almost two years ago is finally coming to life- bit by bit. It's been totally awesome! 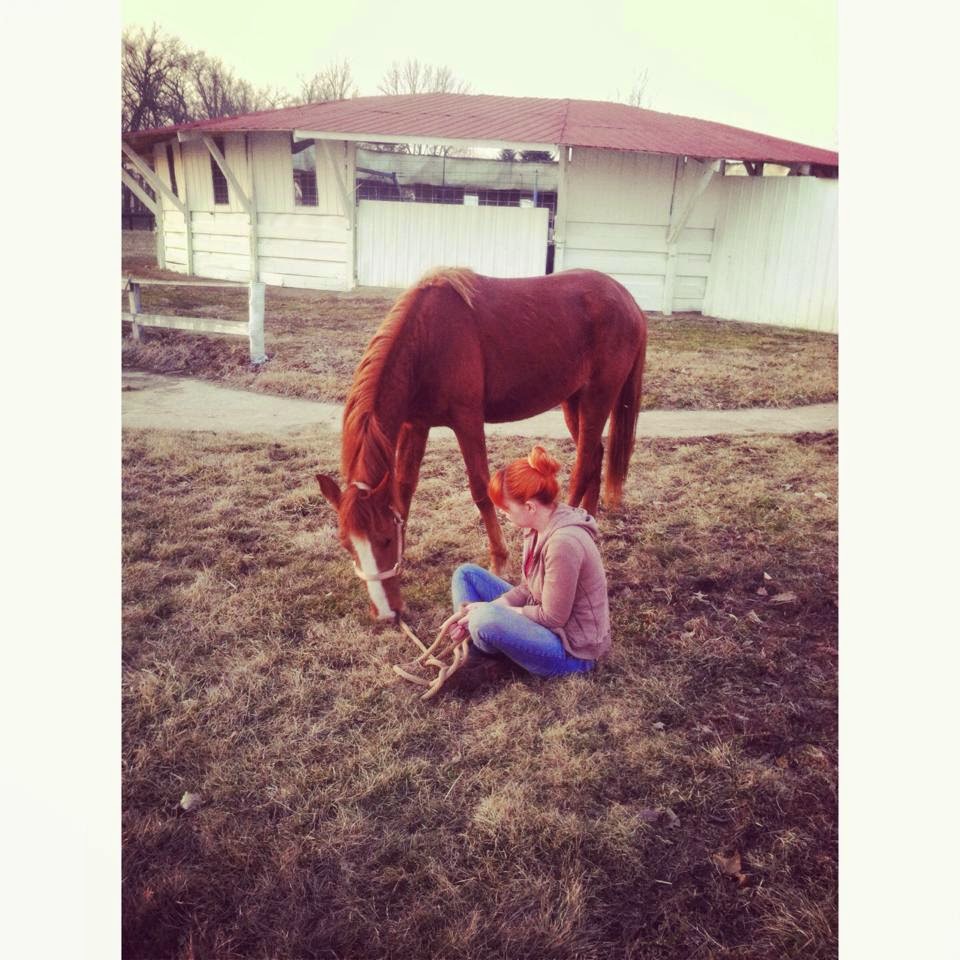 In the middle of all of this, Equine Partners moved to a new facility just fifteen minutes away from the old one, and we had about two days to move over forty-two horses and start over fresh... In the middle of winter. It was CRAZY. But, through the move we gained a wonderful and happy new home that has perked everyone's spirits sky high. The actual farm itself is stunning, with a swimming pool for the horses, an indoor and outdoor racetrack, open and bright stalls... It's really quite a sight to see. May now has her own stall, and is busy being a silly little diva. She's been getting handled so much now that we've moved, and I can tell that she's improving and learning every time I go out and visit her. Truth be told, I haven't been able to go to the farm as often as I'd like to, and working with May (beyond general grooming time) has been minimal. And that's something I'd really like to change in the next few months once things slow down a tick. I very much miss my beautiful girl.

Now, there are TONS of other things that have happened, too. I started a brand new job at a private practice, my sister had her first baby, and I got to spend four whole days loving on my brand new nephew, Corbin (aka, the cutest baby ever). Dan and I got to see Eddie Izzard perform at the Palace Theater, and in just a little over 48 hours, we sign the lease to our brand new apartment together.

Life has been GRAND!

I'm sure that there are things that I'm forgetting, but for now I just leave you with what's above. I've carved out time in my crazy busy schedule to write more often, as I'm still the lead blogger for The Alternative Fashion Blog, and I've been a total slacker there, too. Luckily, there are a handful of amazingly talented writers who have been great at contributing solid content. Still, it's time to commit to both blogs, and write more often.

Hope you all have been well! I've missed you!

Posted by Positively Bri at 4:33 PM